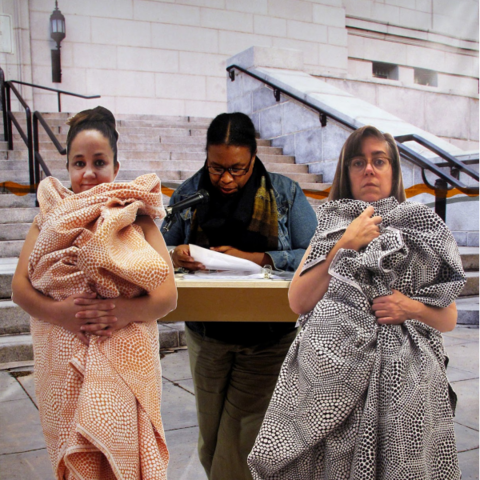 CamLab is the collaborative practice of Anna Mayer and Jemima Wyman, which began at the California Institute of the Arts, Valencia in 2005. Mayer and Wyman are united by a common interest in phenomena such as scopophilia (sexual pleasure derived from looking), embodied knowledge, and the destabilization of a singular subjectivity. CamLab believes that a contemporary politics of pleasure must acknowledge the contiguity of language and body in facilitating a spectrum of experience that includes alterity, intimacy, and humor. This philosophy materializes in CamLab's process, in particular the duo's social practice work and relational object-making.

For more information on CamLab please visit their website at http://camlabia.blogspot.com/.