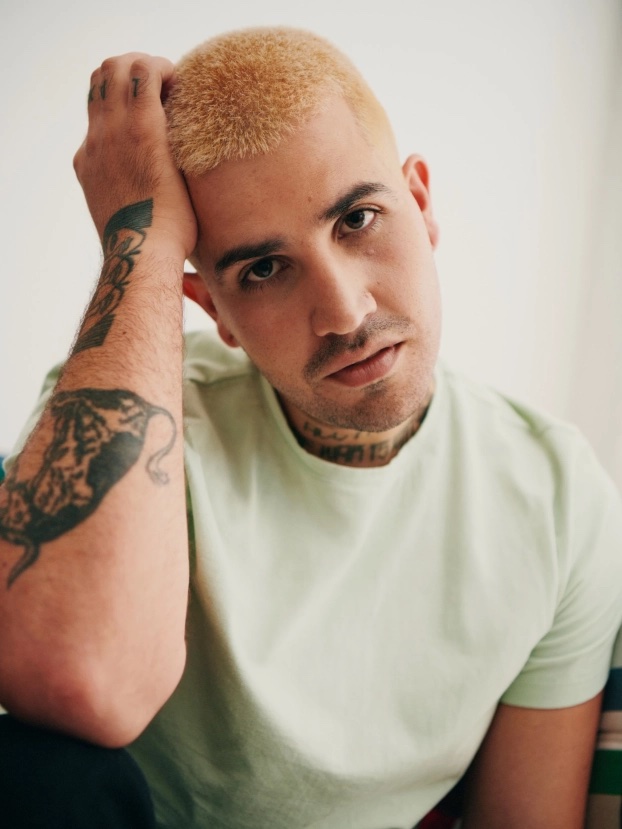 Christopher Soto (he/they) is a poet based in Los Angeles, California. His debut poetry collection, Diaries of a Terrorist, was published by Copper Canyon Press. This collection demands the abolition of policing and human caging. He was honored with Them’s 2022 Now Award in Literature for representing the cutting edge of queer culture. Soto currently works at UCLA’s Ethnic Studies Research Centers, and also teaches at UCLA’s Honors College. He has previously taught at NYU where he received his MFA in Poetry and was a Goldwater Hospital Writing Fellow, Columbia University as a June Jordan Teaching Corp Fellow, and at Occidental College as a Visiting Assistant Professor of Creative Writing. He is the editor of Nepantla: An Anthology Dedicated to Queer Poets of Color (Nightboat Books, 2018) and the author of the limited-print chapbook Sad Girl Poems (Sibling Rivalry Press, 2016). He co-founded the Undocupoets Campaign, which successfully lobbied numerous poetry publishers in the United States to remove proof of citizenship requirements from first-book contests. He cofounded Writers for Migrant Justice to protest the detention and separation of migrant families in the U.S. He has also organized with the Cops Off Campus movement and he has worked at Equal Justice USA to end the death penalty. His poems, reviews, interviews, and articles can be found at New York Times, Los Angeles Times, The Nation, The Guardian, Los Angeles Review of Books, among others.