BRICK AND MORTAR : STARS AND STRIPES

BRICK AND MORTAR : STARS AND STRIPES is a four-part video essay in which artist Pau S. Pescador examines four Los Angeles government buildings: Union Station, the Department of Water and Power John Ferraro Building, City Hall, and the former Los Angeles Police Department Parker Center Headquarters. Through an idiosyncratic mix of interviews, live action, and hand-drawn animation, Pau S. Pescador delves into these buildings as sites of public use, examining both their history and their continued operation. These videos are portraits of what each building symbolizes—what they were built to represent, and what they represent today.

Throughout this research, Pescador explores their own experience working both as an artist and as a government employee of the City of Los Angeles, and what it means to perform these roles simultaneously. They address their own experience learning how local government operates, as well as the disconnection between how locals view their government departments and how these departments view themselves. If government is merely a set of individuals, what does it mean to be critical of a system, while also being one of its members? As Pescador puts it: “He is government. She is government. I am government.”

Maura Brewer explores the construction of female subjects in mass culture through her work in video, performance, and experimental fashion design. Her video essays combine footage from Hollywood films, television, and Internet subcultures to question the ways that popular culture mimes the language of feminism in the service of patriarchal capitalism. Brewer’s projects, videos, and performances have been shown at venues including the Museum of Modern Art, New York; Museum of Contemporary Art, Chicago; Museum moderner Kunst Stiftung Ludwig Wien, Vienna; and the Centre d’Art Contemporain Genève, Switzerland. Her work has been the subject of solo projects at the University of California, Irvine; Art in General, New York; and Queens, Los Angeles. Her video work is included in the collection of the Los Angeles County Museum of Art. Brewer is a founding member of the Rational Dress Society, a counter-fashion collective, and Arts Research Collective, an experimental art school.  She is a 2017 California Community Foundation Fellow and a 2016 and 2018 Creative Economic Development Fund grantee. 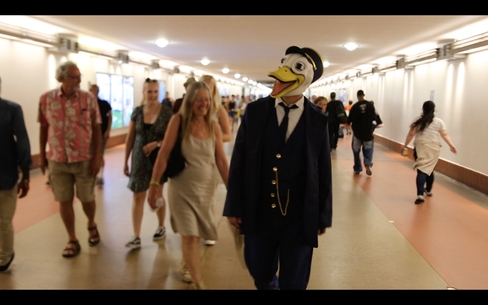