Dining in Diaspora: Tracing the Legacy of Armenian Food in America

Escaping war, atrocity, and genocide, Armenians have been migrating to America for centuries. Settling across the country from Los Angeles to Detroit to Boston and everywhere in between, the Armenian footprint in America is vast, complex, and hidden. For people who have been on the move for over a century, food is the closest thing that encapsulates the feeling of being rooted. Food tells us stories about politics, history, immigration, and identity. As the world is in the midst of a refugee crisis that parallels the fate of Armenians over a century ago, these stories are more important than ever.

Dining In Diaspora is a multimedia project, founded by journalist Liana Aghajanian, documenting the Armenian experience in America through food. The project traces the intersection of cuisine and agriculture with genocide, immigration, identity and more. Excerpts from the project have been featured in Eater, Taste, Roads & Kingdoms, CNN’s Parts Unknown, and Food52. For more information, visit diningindiaspora.com. 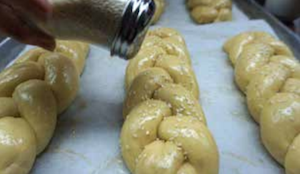