Link to screen the film will be shared upon registration.

Oxy students, faculty, and staff can watch the film in advance via the Oxy Library, and community members beyond Oxy can access the film via the LA Public Library Kanopy system or directly from the filmmakers' site.

THE INFILTRATORS is a docu-thriller that tells the true story of young immigrants who get arrested by Border Patrol, and put in a shadowy for-profit detention center – on purpose. Marco and Viri are members of the National Immigrant Youth Alliance, a group of radical Dreamers who are on a mission to stop deportations. And the best place to stop deportations, they believe, is in detention.  However, when Marco and Viri try to pull off their heist – a kind of ‘prison break’ in reverse – things don’t go according to plan.

By weaving together documentary footage of the real infiltrators with scripted re-enactments of the events inside the detention center, THE INFILTRATORS tells this incredible true story in a boundary-crossing new cinematic language.  The Hollywood Reporter said of the multiple award-winning film “rather than feeling like homework, watching it is a thrill.”

This program is made possible by the Media Arts & Culture Dept, Remsen Bird Fund and the Arts and Urban Experience Initiative, which is generously funded by the Andrew W. Mellon Foundation. 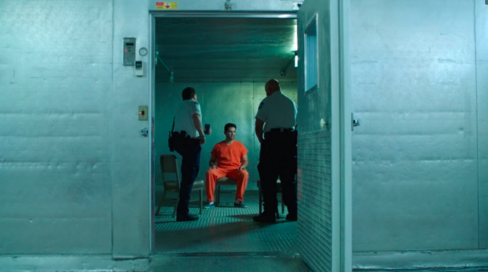