Which Side Are You On: Authors and Activists Ryan Lee Wong, Christopher Soto, and Jai Lee Wong in Conversation

Join us on Thursday, November 17th, at OXY ARTS for an intergenerational dialogue between author Ryan Lee Wong; Jai Lee Wong, Ryan’s mother, community organizer, and activist; and poet Christopher Soto. This talk will take place at OXY ARTS’s exhibition Voice a Wild Dream: Moments in Asian American Art and Activism, 1968-2022, which highlights collectives of Asian American artists and activists and their work toward social change over the past six decades.  Ryan Lee Wong and Christopher Soto will both read from their respective debut publications, Which Side Are You On and Diaries of a Terrorist. The three speakers will engage in conversation between themselves and with attendees.

This event is co-organized by GYOPO and Stop DiscriminAsian and hosted by OXY ARTS on the occasion of the exhibition Voice A Wild Dream: Moments in Asian American Art and Activism, 1968–2022. 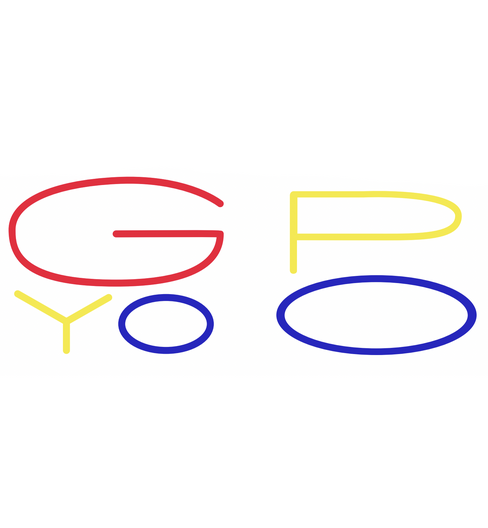 Stop DiscriminAsian (SDA) is a coalition of workers within arts and culture who are confronting the racism, xenophobia and violence towards diasporic Asians that have been amplified by the COVID-19 pandemic.

SDA seeks to expand awareness through the galvanization of individual voices in solidarity with other marginalized communities to expose and subvert the systemic racism and economic injustice exacerbated by this unprecedented moment of global emergency.

Ryan Lee Wong is the author of the novel Which Side Are You On. He was born and raised in Los Angeles, the son of a fifth-generation Chinese American father and a Korean immigrant mother. Ryan organized the exhibitions Serve the People at Interference Archive and Roots at Chinese American Museum, both focused on the Asian American movements of the 1970s. He has written on the intersections of arts, race, and social movements. He holds an MFA in Fiction from Rutgers-Newark and served on the Board of the Jerome Foundation. He lived for two years at Ancestral Heart Zen Temple and is based in Brooklyn, where he’s the Administrative Director of Brooklyn Zen Center.

Christopher Soto (he/they) is a poet based in Los Angeles, California. His debut poetry collection, Diaries of a Terrorist, was published by Copper Canyon Press. This collection demands the abolition of policing and human caging. He was honored with Them’s 2022 Now Award in Literature for representing the cutting edge of queer culture. Soto currently works at UCLA’s Ethnic Studies Research Centers, and also teaches at UCLA’s Honors College. He has previously taught at NYU where he received his MFA in Poetry and was a Goldwater Hospital Writing Fellow, Columbia University as a June Jordan Teaching Corp Fellow, and at Occidental College as a Visiting Assistant Professor of Creative Writing. He is the editor of Nepantla: An Anthology Dedicated to Queer Poets of Color (Nightboat Books, 2018) and the author of the limited-print chapbook Sad Girl Poems (Sibling Rivalry Press, 2016). He co-founded the Undocupoets Campaign, which successfully lobbied numerous poetry publishers in the United States to remove proof of citizenship requirements from first-book contests. He cofounded Writers for Migrant Justice to protest the detention and separation of migrant families in the U.S. He has also organized with the Cops Off Campus movement and he has worked at Equal Justice USA to end the death penalty. His poems, reviews, interviews, and articles can be found at New York Times, Los Angeles Times, The Nation, The Guardian, Los Angeles Review of Books, among others.

Jai Lee Wong is a community organizer and activist. She is currently a consultant for the Women’s Foundation of California, and works with a statewide network of women and girl leaders from low income communities. Jai previously worked at The California Endowment as a director of the Southern California Region and a Senior Program Officer. During the 1992 Los Angeles civil unrest, she was a consultant at the Los Angeles County Human Relations Commission, and staffed the Black Korean Alliance.  She was also an organizer of the “Free Chol Soo Lee Defense Committee,” a campaign that successfully freed a Korean American immigrant who was wrongfully convicted of a murder he did not commit. Jai’s work has been recognized by the Liberty Hill Foundation, Women and Philanthropy, and the National Women’s Political Caucus.

Jai received an MBA from the Anderson School of Management at UCLA, attended UC Berkeley, and received her BA from California State University, Los Angeles.  She lives in Los Angeles with her husband Kent, and they are the proud parents of two adult sons, Ryan and Robin